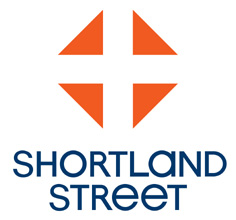 We are setting up a 13-week mentorship programme, in Auckland, where new writers can learn the craft of writing for a serial drama and hopefully achieve sufficient success to earn a regular place on our roster. There will be some remuneration for the 13 weeks.

The programme:
-­‐ Introduction to the writing and production process
-­‐ Observing the storylining process
-­‐ Shadow writing part/full episodes
-­‐ Writing trial episodes which will ultimately go to screen

Along the way, the new writers will be guided and supported by one of our top writers.

Who can apply?
Anyone who can demonstrate a commitment to writing, especially television drama. Your initial application will need to be accompanied by a CV and a sample of your writing. Whilst this
need not be a dramatic piece, we will be looking for some measure of skill and assurance.

What is the selection process?
From the initial applications, we’ll come up with a long list. These people will be asked to write five scenes of Shortland Street from the storyline of a past episode.

If your scenes show some promise, you will be given feedback and asked to re-work the scenes where necessary. If you’re able to improve on the scenes, you will go on the short list.

All applicants on the short list will be interviewed.

There will be up to four spaces on the programme.

Applications must send the following information to the email address below:

Why I want to write for Shortland Street:

**Attach your CV and sample of your writing

**Email your application to: scripts@shortlandstreet.co.nz