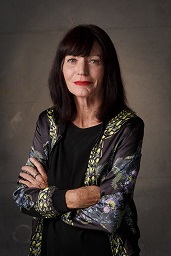 Fleming has more than two decades of experience as a writer, script and story editor and is one of the top creators of television drama in New Zealand. She has a long history with Shortland Street and has worked with the show in several different guises, at various stages in her career, since the show’s conception in the early 1990’s. Most recently, she has worked as Senior Story Editor, managing the team that wrote the hugely successful 2015 cliffhanger and 2016 return storylines.

As a show creator, her most recent drama series, 800 Words, co-created with James Griffin, has become a top-rating hit for Channel Seven in Australia, and a second series is currently in production.

Other series Maxine has devised and written include the comedy-dramas Agent Anna, which earned her a SWANZ award for best comedy, Burying Brian and award-winning teen drama Being Eve.

Fleming will replace Simon Bennett who is leaving Shortland Street to return to directing. Bennett has served as Shortland Street Producer since 2012 and has made a huge contribution to the show in that time, including overseeing the massive ratings successes that were the much talked-about 2015 Christmas Cliffhanger and 2016’s return episode which took out the number one position in all demographics.

“As Producer of Shortland Street, Simon has overseen a hugely successful period of time for the show, tackling some major storylines that have made a massive impact on the show’s audience,” says Martin. “Under Simon’s stewardship, Shortland Street has consistently rated in the top five programmes in TV2's 18 to 49 demographic.

“Simon has been a key part of Shortland Street’s many years of success for TV2. He has played a pivotal role as a Director, Producer and Executive Producer for over 20 years and after three years in the Producer’s chair, he leaves the show in excellent shape as he hands over to incoming Producer Maxine Fleming.”

Fleming has worked closely with the Shortland Street team over the last couple of months to ensure a smooth transition and continuity for the production. Bennett’s last day in the building will be February 17th.