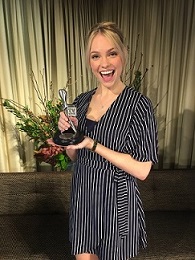 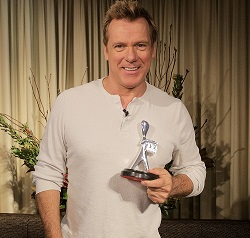 Erik Thomson has taken out the Silver Logie for Best Actor for his role in the South Pacific Pictures produced drama series 800 Words.

Thompson plays solo dad and newspaper column writer George Turner in the show which is created for Australia’s Channel 7 network.

Previously he starred in the successful series Packed To The Rafters in which played Dave Rafter.

"I thought after Packed To The Rafters I’d had my time in the sun," Thomson said in his acceptance speech. "Then this show came along and it lit a fire in here. Not only was it a show full of heart and soul, but it was going to be shot back in my home country of New Zealand which is my place and I'm thrilled to be able to work over there.”

A second season of 800 Words is currently in production and will screen on Channel 7 later in the year.