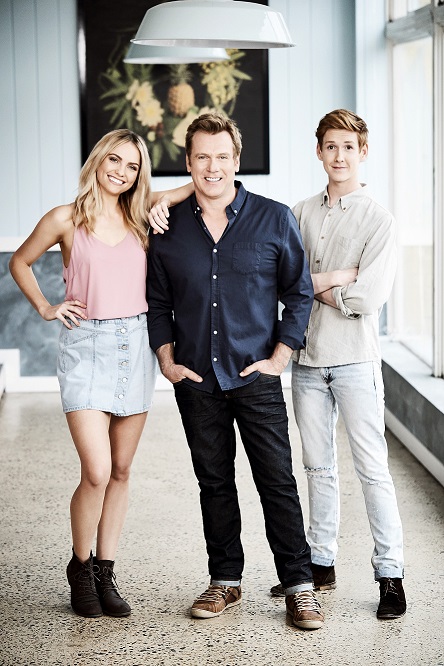 The hit family drama set to begin production on Season 3.

(24 January 2017) Ahead of all new episodes premiering on Tuesday 31 January, Channel 7 has commissioned a third season of 800 WORDS.

Starring Erik Thomson as a widower who relocates to the fictional town of Weld, New Zealand, along with his kids (Melina Vidler and Benson Jack Anthony), the series follows the affable Turner family as they embark on their own romantic relationships and set about finding their futures.

First premiering in 2015, the series quickly cemented its popularity amongst Australians with the first installment of Season 2 averaging over 1.5 million viewers across both metro and regional audiences.

Brad Lyons, Channel 7’s Director of Production said: “We feel the Turner family’s story is only just beginning. There is so much more in store and we can’t wait to share it with Australia who have embraced this series with such a charming cast and brilliant production team.”

800 WORDS is a co-production between Seven and South Pacific Pictures. The series was co-created by James Griffin and Maxine Fleming and produced by Chris Bailey. Executive Producers are Seven’s Head of Drama, Julie McGauran and John Holmes.

Production on 800 WORDS Season 3 will commence next month in New Zealand and all new episodes return 9.00pm Tuesday 31 January on Channel 7. Series 2 has began screening on TVNZ One in New Zealand, Wednesday nights at 8:45pm.