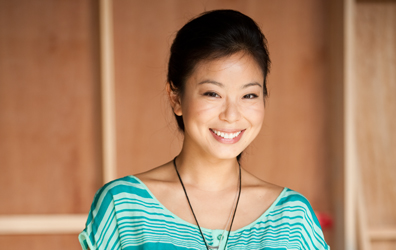 The film is a romantic comedy/coming-of-age feature film based on the award-winning 2005 documentary Banana in a Nutshell by Roseanne Liang. Liang directs Girl Meets Boy, which she co-wrote with Angeline Loo.