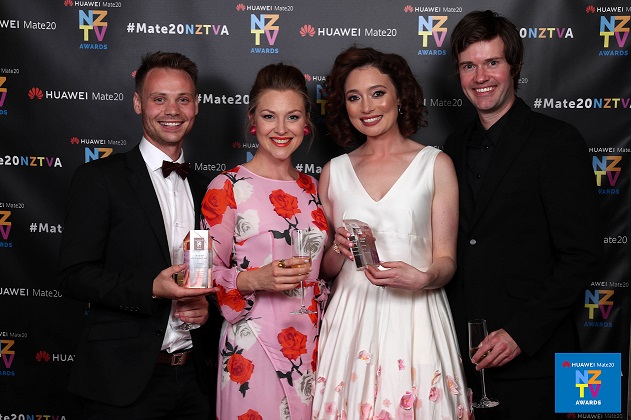 The series, which will begin filming it's 5th series in 2019, was celebrated at the annual event which recognises excellence in local television programmes, as well as individual achievement.

Not only did Westside win Best Drama, but Antonia Prebble won the Best Actress Award for her role as the show's matriarch, Rita West.

And in a clean sweep of the acting category, Rick Donald won the Best Actor Award for his role as Woody in the South Pacific Pictures' series 800 Words.