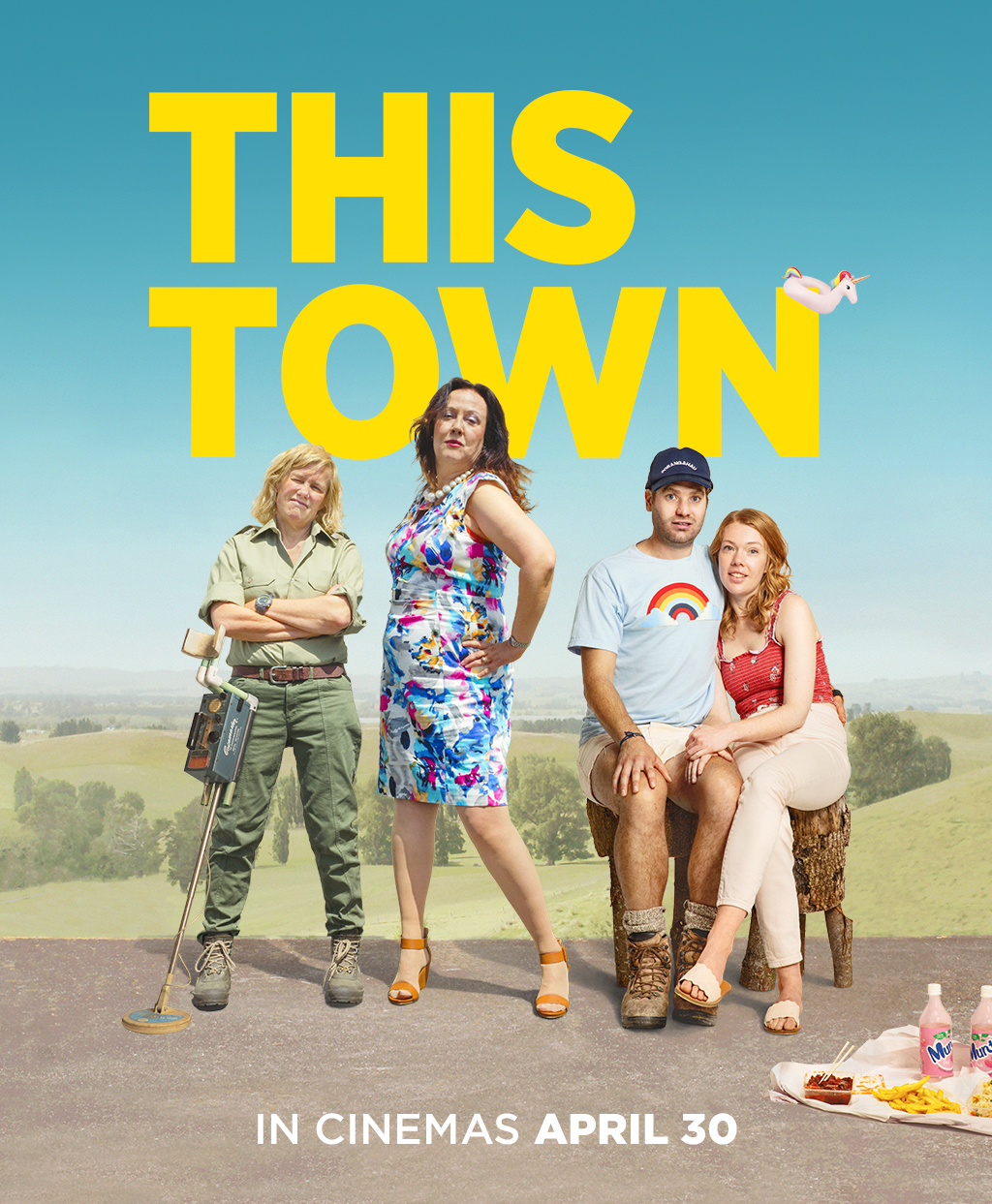 The trailer for new Kiwi comedy This Town has been unveiled ahead of the film’s nationwide theatrical release on 30th April 2020.
Written, directed by and starring David White (Meat), This Town features Robyn Malcolm (Outrageous Fortune), Rima Te Wiata (Hunt for the Wilderpeople) and Toi Whakaari graduate Alice May Connolly in lead roles.
A comedy about love, murder and finding the one, This Town was co-produced by South Pacific Pictures, the production house behind New Zealand box office hits Sione’s Wedding, Whale Rider and My Wedding and Other Secrets, together with White Balance Pictures and Sabertooth Films.
This Town follows one man’s attempt to return to normality, and one woman’s utter determination to prevent it. Charged but acquitted for a terrible crime, Sean (David White) is now the most infamous person in the small community of Thiston. But his attempts to move on with life are made difficult by ex-cop turned petting zoo and adventure park owner Pam (Robyn Malcolm), who’s convinced that Sean is a guilty man walking free.