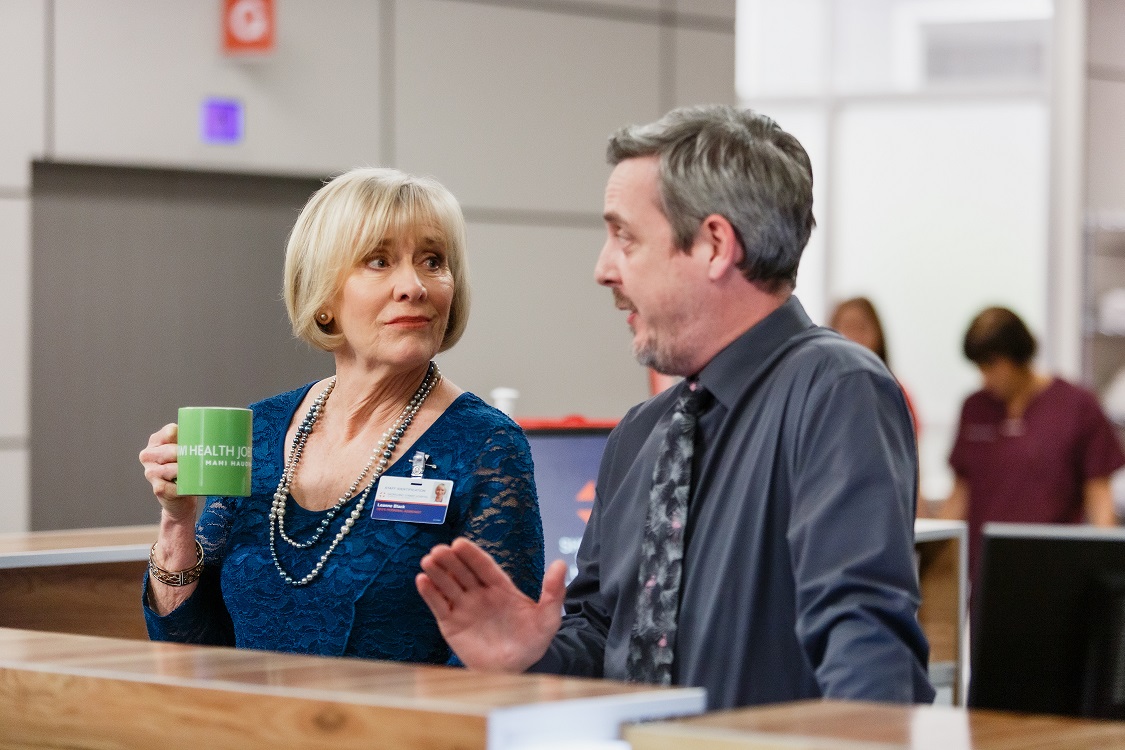 From Monday 29 June, Shortland Street will air five nights a week on TVNZ 2.

Shortland Street reduced its weekly episode volume after the advancing Covid-19 pandemic temporarily halted filming. TVNZ and South Pacific Pictures cut back to four, and then three episodes per week to ensure Shortland Street would air consistently throughout the nationwide lockdown. The move also gave fans surety over their favourite programme’s schedule.

Production resumed with strict health and safety protocols in place at Alert Level 3 in early May. The cast and crew have been building production up to pre-Covid-19 levels while prioritising the wellbeing and safety of all those involved. TVNZ and South Pacific Pictures are pleased that June 29 will mark Shortland Street being back at full force on screen for viewers.

TVNZ Director of Content Cate Slater says “Shortland Street is such an important part of TVNZ 2’s schedule. Fans can’t get enough of their favourite drama and so we’re grateful for their patience and support as we’ve prioritised the health and safety of the production. We’re excited to be back on Thursday and Friday nights later this month. We’ve got some amazing storylines coming up that viewers are going to love.”

“I am so proud of how hard the cast and crew of Shortland Street have worked, in tricky and unusual conditions, to get the show back up and running,” says South Pacific Pictures CEO Kelly Martin. “It’s a testament to their dedication and resilience that we are back to some sort of normal and that fans of the show can once again enjoy the show five nights a week.” Production will continue to evolve in line with best practice for the sector and government guidelines.