Westside and Educators acknowledged as nominees in the 2021 NZTV Awards 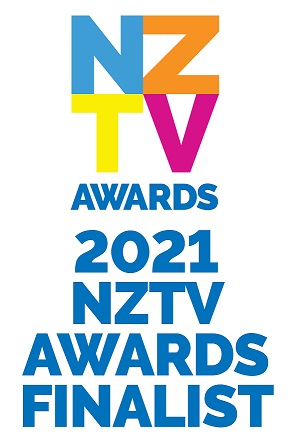 South Pacific Pictures cast and crew have been nominated in several high profile categories in the 2021 New Zealand Television Awards.

Critically acclaimed unscripted comedy series Educators gets the nod as a nominee for Best Comedy Series, while Educators actors Kura Forrester and Rick Donald have both been acknowledged for their work in the series with Best Supporting Actress and Best Supporting Actor nominations respectively.

In addition to these acting acknowledgements, Westside's Costume Designer, Tania Klouwens gets a second straight nomination for her work on the series and Head of Make Up, Kevin Dufty  has also nominated for his brilliant work on the period drama. Meanwhile, Ben Sinclair, Ray Beentjes, Chris Sinclair, Steve Finnigan have been nominated for the Best Contribution to a Soundtrack for their work on South Pacific Pictures' series The Sounds and Rhian Sheehan has been nominated for Best Original Score, also for her work on The Sounds.

Due to the COVID-19 pandemic, the 2021 New Zealand Television Awards gala has been postponed and winners will be announced on Tuesday 1 March, 2022 at a red carpet gala event held at Auckland’s Shed 10. The ceremony will once again be hosted by actor-writer-comedian Thomas Sainsbury.