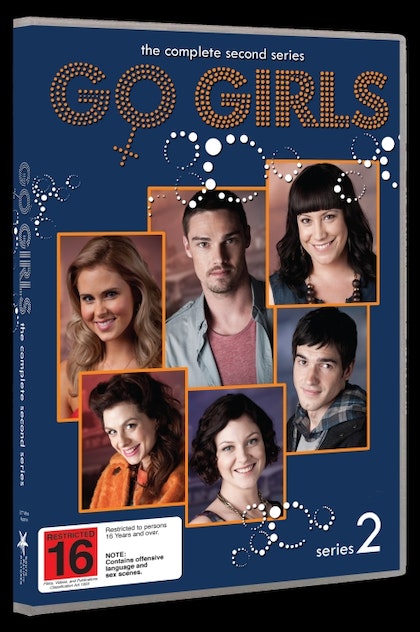 Go Girls, the smash-hit local drama from the makers of Outrageous Fortune and Shortland Street, is back for a second season in 2010. Starring Anna Hutchison (Underbelly, Shortland Street, Power Rangers), Jay Ryan (Sea Patrol, Neighbours, Interrogation) Alix Bushnell and Bronwyn Turei, the second season of Go Girls sees our main four heroes set off on another epic quest. And this time, they decide on new and bigger objectives…Amy’s attempt to become rich only caused debt, disaster and heartache for herself and for others. Britta realized she’s been too kind to get famous; also so kind that she has comforted many needy blokes on the North Shore. Cody got married, which was what she wanted and Kevin had to admit that he was after more than a sports steering wheel. It’d be fair to say things didn’t go exactly to plan eh? And if you get what you want, is that what you really want? Especially when this tight gang of friends is about to expand… Don’t miss all the action when Go Girls returns on DVD DVD PAL