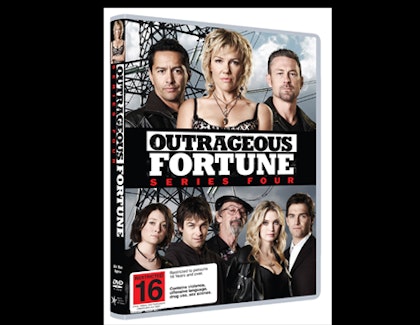 The Wests are back… for a fourth series of New Zealand's best loved comedy drama. This time around, Cheryl battles the forces of Wolf to defend her kids and castle, but as family tensions erupt, the worst villain may be the enemy within…Despite much opposition from her husband Wolf, and the occasional temptation to veer from her chosen path, Cheryl led by example. Sure there were a few laws broken along the way in the name of the greater good, and she did end up falling in love with a policeman, but even Cheryl finds it hard to maintain perfection, particularly when she's faced with: Wolf wanting back in, Jethro trying to keep Wolf and Sheree out of his apartment (and his bed); the Tool Guys being guys with tools; Loretta fighting to keep herself on side with the family; Grandpa on the hunt for the bastard who knocked up Rita; the Hoochie Girls falling to pieces and Pascalle trying to heal them all. It's tough work but someone's got to keep them in line. These discs are region 4