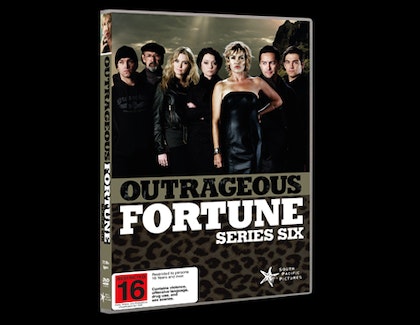 At the climactic end of season 5, Cheryl broke her own rules bigtime as she bottled Sergeant Gerard and he in turn pulled a gun . . . Now the Wests and associates are facing a whole new world - and what does happen to Cheryl’s rules when Cheryl is not around to enforce them? With a rocky marriage and a risky line of business, Loretta may be tempted to play dirtier than ever. Pascalle is determined to become the New Cheryl – despite having a fiancé behind bars. Van and Jethro test the bounds of brotherly love when they are both interested in the same woman. To rule the roost and recapture his mojo, Grandpa forms an unlikely alliance with the new family power player. And Judd is going to have to battle to keep order, especially with an enemy who is out to get him. The final outing of the Wests sees the return of old associates and most hated nemeses. But the biggest bombshell of all turns out to be the crime that one that no one saw coming, and which threatens to blow the family apart. Cheryl and her rules are about to face the ultimate test.