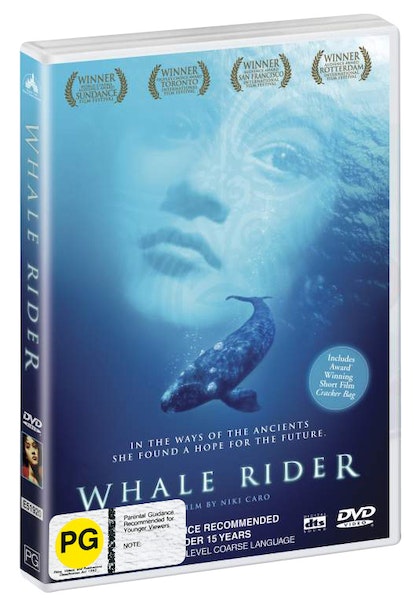 In a small New Zealand coastal village, Maori claim descent from Paikea, the Whale Rider. In every generation, a male heir has succeeded to the chiefly title. When twins are born and the boy twin dies, Koro the chief is unable to accept his grand-daughter Pai as a future leader. Koro is convinced that the tribe’s misfortunes began at Pai’s birth and calls for his people to bring their sons to him, sure a new leader will be revealed. Pai love's Koro more than anyone in the world, but she must fight him and a thousand years of tradition to fulfil her destiny When whales become stranded on the beach, Koro is sure this signals an apocalyptic end to is tribe. Until one person prepares to make the ultimate sacrifice to save the people. The Whale Rider. A contemporary story of love, rejection and triumph as a young girl fights to fulfil her destiny. Special Features Deleted Scenes Behind the Scenes Trailers Photo Gallery Audio: Director’s commentary with Niki Caro