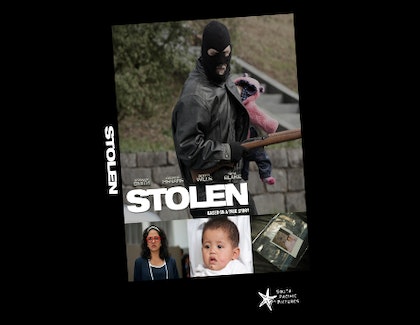 STOLEN is an emotional thriller about every parent’s greatest fear. Kahu Durie – the adopted baby daughter of Maori high Court Judge Eddie Durie and prominent lawyer Donna Hal – is snatched at gunpoint as they’re out on a walk. Nine tense days follow and the nation is gripped by emotional television appeals from the police and parents for the bay’s safe return. A letter arrives demanding a $3 million ransom. They don’t have #3 million, but the kidnapper has unwittingly provided clues. The police work tirelessly and the net closes in on a secluded house and a suspect…Terence Traynor, intent on committing a perfect crime, motivated by greed and influenced by American television crime shows. Ultimately, this is a testament to the strength of one family and the commitment of the New Zealand Police. And it is a true story.