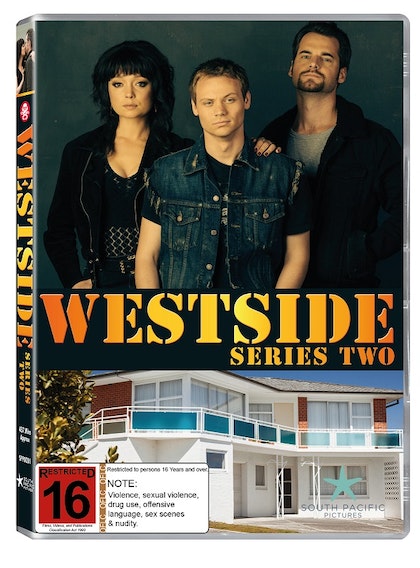 WESTSIDE 2 begins in 1981 with a West returning home after a stint in prison – this time it’s Rita (Antonia Prebble). But things have moved on in her absence, her son, Wolf (Reef Ireland), has become a man with a plan for his own life. Ted (David de Lautour) and the gang are now entering a time in which their political differences are more pertinent than ever – as the 1981 Springbok tour divides living rooms all over New Zealand.

From the pen of James Griffin, WESTSIDE 2 explores the fates and fortunes of our nation and in the process bestows a whole new generation with access to 1981 New Zealand.

WESTSIDE is a prequel to Outrageous Fortune. Over six seasons between 2005 and 2010, Outrageous Fortune established itself as New Zealand’s most successful television drama series winning ratings and over 50 awards world-wide.