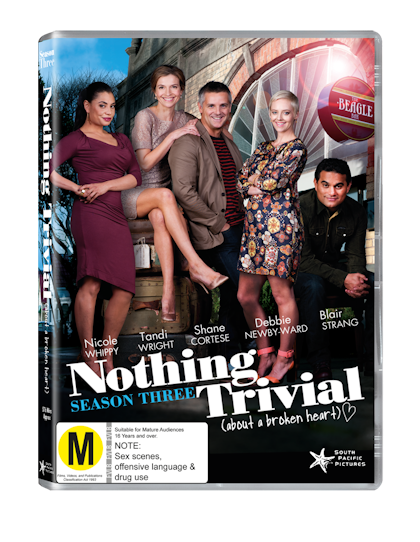 Seasons One and Two were about the challenges of being single and starting new relationships. In Season Three the five friends discover how complicated life can get when relationships and family collide.

Emma, now pregnant, has seen the evidence of Brian’s hen party indiscretion and faces life as a single mother; Catherine and Mac have begun a relationship which has just been made public but will Jo, newly single, threaten their happiness?; and Michelle has finally accepted that she is bi-polar and needs help but she’s lost Richard and has entered into a dangerous relationship with potentially devastating consequences.

Nothing Trivial Season Three is a dramatic and intriguing continuation of this acclaimed New Zealand show.