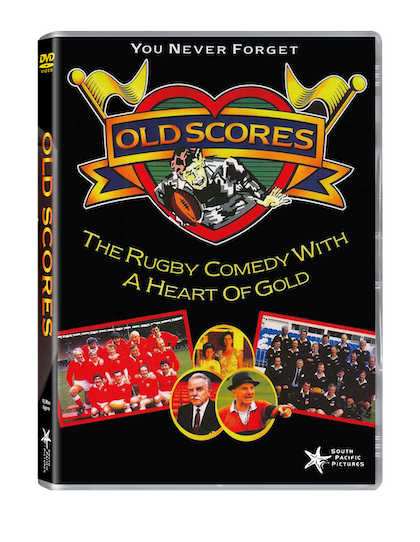 Former Welsh sporting hero Bleddyn Morgan is living happily in the idyllic New Zealand countryside with his wife and son. Suddenly, a startling deathbed confession half a world away changes everything. He is called upon to defend the honour of Wales in a replay of a controversial 1966 All Blacks/Wales rugby match.

The All Blacks’ reputation is also on the line. They have to prove that the only reason they lost was because Wales cheated. To satisfy national honour, the game will be replayed 25 years later – but the teams will remain the same as they were in the original game.

As the coaches manipulate old All Blacks and former Welsh international into shape, the payers go all out to relive past glories and to overcome present doubts. In a game which forces Morgan to face up to his past and to choose between the two women he loves, old scores are settled in more ways than one. With acting greats such as John Bach (Lord of the Rings), Tony Barry (Goodbye Pork Pie) & Windsor Davies (It Ain't Half Hot Mum), the cast also features ex All Blacks and Welsh rugby reps.